May is National Bicycle Safety Month: What Californians Should Know About Sharing the Road

May is National Bicycle Safety Month, an opportunity for anyone concerned with staying safe on the road to focus on what we can do to reduce the risk of bicycle accidents/collisions.  The main goal of the effort is to spread awareness of how everyone who shares the road can work together to make our roads and streets safer.  In California, bicycle safety is of particular interest, for several reasons. Transportation is at the forefront for any of us in urban areas, and many commuters have turned to alternatives that include public systems, ride-share and biking in response to increasingly crowded roads and freeways. Another reason bicycles are an important part of a discussion on road safety in California has to do with climate and environment – A large part of our state allows for nearly year-round biking.

Californians may bike because of environmental concerns or as exercise, in addition to easing their daily commute.  But as the number of bicycles on the road rises, so do the numbers of bicycle related deaths. Those on their bikes, in addition to pedestrians, are more vulnerable than someone behind the wheel of a car. We should always emphasize safety for all drivers, bikers and pedestrians in California  but taking the opportunity to focus on bicycles in particular is an important component of shaping a larger transportation plan for our state.  In honor of Bicycle Safety Month, here is what all Californians should know about being a cyclist or sharing the road with one. 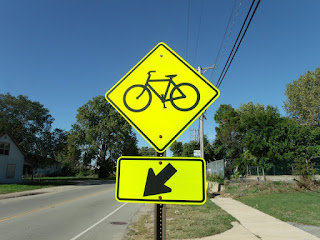 The goal of a safe and efficient transportation network is to streamline traffic in such a way that minimizes risk. Obeying the laws, yielding right of way and taking the responsibility to protect oneself is imperative in order to help ensure safety on the road. In California, each party who uses the road has the responsibility to follow the rules – bicycle riders are required to obey the same traffic laws as drivers, and drivers must share the road with cyclists, like they would with another vehicle – drivers must check for cyclists before turning or merging or any action that requires it to be clear of any motorist or obstruction.  Ensuring bicycle safety also includes an emphasis on certain rules of the road which drivers should always abide by, such as avoiding distraction and never driving under the influence.

For cyclists, there are several important laws that apply to them directly, and obeying these can significantly reduce the risk of injury or death. Some laws regarding operating a bicycle in the California Vehicle Code include wearing a helmet at all times for cyclists under the age of 18, using a bike line or staying as close as possible to the right side when speed is below that of normal traffic and maintaining a brake on any bicycle that is operated on a roadway. A great resource is the California Bicycle Coalition, which summarizes the California law pertinent to cyclists. 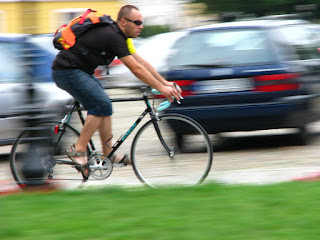 What does the concept of safer streets look like in the near future? Bike safety today depends on several elements working together to help reduce collisions, property damage and/or injuries. Obeying traffic laws and the rules of the road is the best thing we can do as drivers and cyclists. Simultaneously, urban planners and engineers are working to build systems that take into consideration all of the vehicles that share the road. Cars, buses, bicycles and pedestrians all travel in different areas at different speeds, and need clear directions as well as the optimum size and configuration of streets and lanes. An example of the work being done is a current study regarding the treatment of bicycles at intersections that aims to assess the best approach for infrastructure that takes into account all of the factors that influence road safety. One of the main objectives is to inform design that helps reduce the variables which could lead to accidents involving bicycles. Here in Pasadena, we could see the emergence of bicycle detection systems at intersections, a technology which could remove some obstacles to traffic flow and reduce safety risks.

Finally, we should recognize the importance of education and communication. Promoting awareness is a key tool to maximizing safety on our roads. If you have children who bike, make sure they know and adhere to all of the applicable laws, and along those lines, bring up sharing the road when and if you teach your teenager how to drive. If you’re a cyclist, pay attention to certain areas or intersections that are particularly risky because of traffic volume or infrastructure. There are also resources that you can access online that provide safety videos and even help you find a bicycle safety class. If we know what our responsibilities are on the road, and what we can all do to encourage safety, we help contribute to a transportation system that works to reduce injuries for everyone involved.
Posted by Unknown at 3:12 PM No comments: