When you consider the intersection of construction and the environment, and what these two topics mean for California, a lot comes to mind: For contractors, it could be solar panel installation, renewable building materials or energy efficient upgrades. In terms of developers, they may be affected to a larger extent by the state’s environmental laws. These laws are aimed at protecting environmental resources, by examining the ecological implications of commercial and residential developments. In California this is accomplished in large part through CEQA, California Environmental Quality Act, which requires that the government, at state and local level to be aware of how construction projects will affect air quality, protected species, resources, etc. and to take action to reduce any harmful effects. CEQA lawsuits can delay projects for quite some time while environmental review is conducted. A flurry of activity has recently arisen around CEQA, of which I will provide a brief overview. 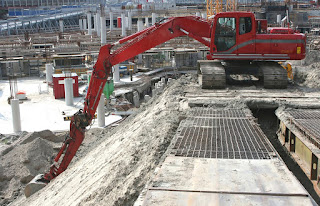 CEQA has received much attention recently. The impact of the law is often felt with larger construction projects, which could often be transportation-oriented, as we’ve seen with the High Speed Rail. The big news around CEQA most recently is Senate Bill 734, which was introduced to extend a previous law passed five years ago. Passage of the bill speeds up environmental litigation for larger construction projects, as it streamlines the manner by which California courts handle legal challenges faced by these developments under CEQA.  Projects, under the law, which is known as the Jobs and Economic Improvement Through Environmental Leadership Act, have to meet certain criteria including economic factors, through a process that this law also established.  The bill, which just passed into law, could ease the environmental review process for future construction projects, in addition to the handful of projects already affected.

Another way in which environmental review has come to the forefront is with regard to Governor Brown’s sense of urgency towards building affordable housing. The Governor’s “by-right” housing proposal required that changes be made to environmental law that would help the developments move faster.  The changes affecting affordable housing construction projects received a varied response, with some urging for a more cautious approach and claiming that the governor’s actions could be setting up future housing development in the state to fall short of the standards to which successful projects are currently held. Proposed legislation, which would have allocated $400 million to affordable housing has now been shelved. 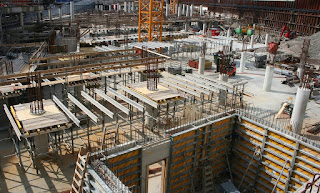 For quite some time now, Californians have been debating the need and extent of reforming CEQA, with arguing that the housing industry suffers due to the protracted process of environmental review mandated by CEQA, and the potential for abuse, while others point to evidence to the contrary. Some believe that the passage of laws such as the aforementioned SB 734 may have potential to initiate changes in how we approach environmental oversight of the construction industry in the future. It’s understandable then that anyone who is a member of the construction or housing industry in California, particularly developers, as well as environmental protection groups, and some others, probably pays close attention to any legal challenges or modifications that can affect CEQA.

Posted by Unknown at 1:56 PM No comments: