When it comes to the technology we use in our cars and while driving, the goals for car manufacturers and software developers in 2016 are twofold – communication and safety. Although sometimes these seem to be at odds with each other, a lot of current developments are attempting to make that more and more a thing of the past. Distracted driving is not a new phenomenon but has become an increasingly more prevalent concern in the last decade because of cellular and smart phones. The temptation to use your phone behind the wheel is very strong. Some companies are creating products to counter it. But eliminating distraction caused by your mobile device is just one way safety goals can be met. Vehicle manufacturers are exploring new approaches to strengthen a car’s features, like the brakes, and others are making unprecedented strides in safety technology. Here are 5 important things you should know about how technology can potentially make you a safer driver, and what obstacles still must be overcome. 1.  Apps – The LifeSaver Distracted Driving App is an example of mobile technology that modifies your behavior while driving, by impeding your ability to use your phone. The app locks your phone while your car is moving. It’s aimed towards young/inexperienced drivers with features like text notifications to a designated party when the device is unlocked while the vehicle is in motion. However, it could potentially be used by anyone who wants to build better safety habits. The App’s simplicity makes it a useful tool to prevent distracted driving. Including parents or a spouse obstructs the ability to use a phone behind the wheel even further.

2. Vehicles that incorporate the “Internet of Things” – A important implication of driverless cars, whenever they eventually emerge, is that, at least in theory, automating personal vehicles will result in increased safety and a reduction in automobile collisions. Seemingly the first step in that direction is the rise of “smart”  autombiles. These are cars that can easily communicate with each other. Car manufacturers are now striking deals with wireless service providers that will allow their vehicles to be more connected to each other, as well as to the driver’s other devices. As cars are able to more and more “talk” to each other, it lays the foundation for an eventual autonomous vehicle system on our roads. 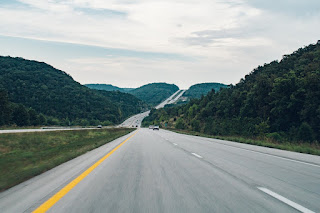 3. Not So Fast! – Rapid fire advancements in tech are now putting consumer trust in car manufacture’s at risk. Complaints about in-vehicle technology have been rising according to J.D. Power & Associates, and last year it was listed as the most prevalent issue affecting car owners. The reasoning for that increase is that new in-car tech is moving too quickly to ensure it’s viability, and in the mad dash for the next new thing consumers are inheriting features that are rife with problems. Most issues have to do with Bluetooth and GPS, which is an annoyance, but PROBABLY not life-threatening. The implication here is that for truly effective and lasting safety improvements, car companies will have to slow down their pace and focus on one significant  upgrade  at a time. 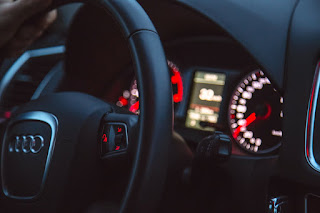 4. Not long from now, the vehicle itself could be your strongest ally in preventing distracted driving – While there are apps like the aforementioned LifeSaver that could keep you from reaching for your phone while behind the wheel, we could see that distraction-prevention system built in to the car itself in coming years. Manufacturers are testing a technology that could monitor your gaze and notify you if you avert your eyes from the road for an extended period of time.  This could be a harbinger of a possible future where your car and the other technology you own and use could work together much more closely.

5. Automatic Braking and the Driverless Revolution - We can now draw a parallel between safety improvements and companies inching towards autonomous vehicles, as we also see a trend of car manufacturers moving in the same direction as each other on a lot of these innovations. One more example of this is automatic braking systems – 6 years from now 99% of cars on the market in the United States will have one of these, per a commitment made by 20 car manufacturers. According to the U.S. Department of Transportation’s National Highway Traffic Safety Administration, this is an important step on behalf of the auto makers, because if they didn’t come to the decision on their own, and instead waited for regulators to act, the process would take much longer. Manufacturers recognizing the importance of improving their vehicles’ safety features, and the impact that has on the evolution of personal vehicles, illustrates that we are truly experiencing a unique moment in the history of transportation.
Posted by Unknown at 11:51 AM